“Magician Bruce Glen enters the ornate opulence of the room… beguiling from the start. Mixing the imagery of fairytales with stories of Ayers House and local characters and magicians, Glen takes us gently through magic without high-blown rhetoric or razzamatazz. The humour brought chuckles from the audience followed by sharp intakes of breath as another piece of magic subtly unfolds. In the trick of tricks the hour flies by and as you walk away and add up the magic displayed, you realise what a well-crafted act Bruce Glen is. The prestige is undeniable, big or small, magic is Magic. Suspenseful, charming, mysteriously out of time. Final Word: Transporting.”

Rip It Up Magazine 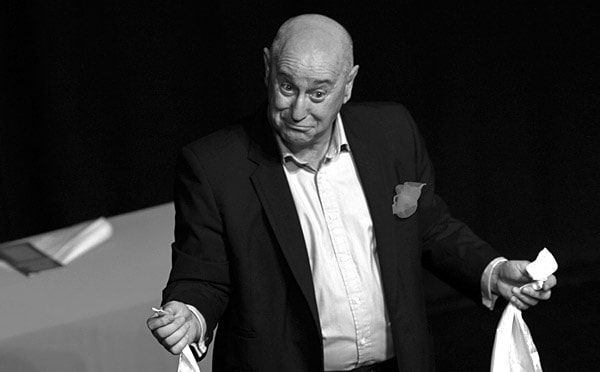 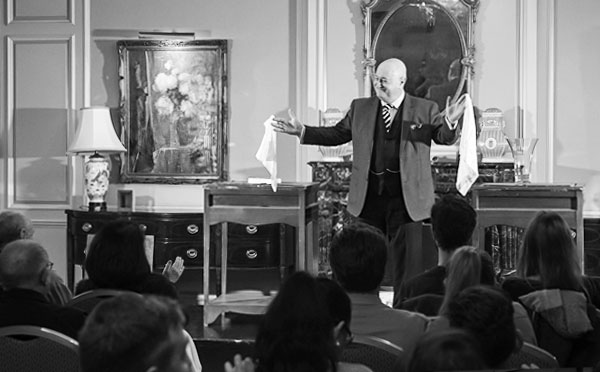 “Bruce Glen doesn’t so much burst onto stage as appear in our midst, as if by magic, to display his considerable talents. A consummate storyteller, Glen introduces us to a broad range of tricks and illusions… and there were elements of cutting edge magic with his denouement routine -baffling in its dexterity, sleight of hand and surprising outcome. Comfortable with his audience, with his magic – and possessed of a silver tongue as a raconteur.”

“Bruce Glen’s self-billed gentleman status couldn’t be closer to the truth… with his cheeky smiling personality and warm stage presence. As he wistfully throws in historical tales of underground Edinburgh, impressive magic tricks and sleight-of-hand entertain without getting lost in over-theatricality. Cushioned by a gently spooky soundtrack, the performance bobs along with a cosiness reminiscent of an evening in with the family. With Glen inviting audience members up on stage, it’s a personalised show which encourages scrutiny and rewards participation, and… it’s certainly most entertaining.”

“Bruce Glen delighted an intrigued audience with an amazing array of magic. His act was paid out with delicate ease and tempered with a slight and engaging sense of humour. Impressively, this appeared to be not just to be his off-the-shelf routine but a package specially tailored to reference Edinburgh and its literary history. A lot of time had been taken to weave in Conan Doyle, Stevenson and the stories of the ghostly Edinburgh underworld. A lovely show and engaging magic – including the best, simplest, most perplexing and gob-stoppingly awesome trick I’ve ever seen – and climaxing with a very impressive routine with rings, equally as baffling as those that had gone before. Good show, great guy and one amazingly awesome moment!”

“Not for nothing is Australian magician Bruce Glen’s entertaining show called ‘The Gentleman Magician’. Right from the start, you feel welcomed and put at ease by his genial, affable presence, impeccable manners and easy charm. He even chooses one audience member as a ‘guest of honour’ for special treatment. It’s almost like going to visit a favourite uncle who’s going to capture your imagination with tall stories and clever illusions.

And it seems entirely appropriate that Glen’s show takes place in the Scottish Storytelling Centre, for he embeds his magic within tales of Houdini, Conan Doyle and Lewis Carroll, so that sometimes you’re almost unaware of the stunts he’s pulling off in front of you until they’ve actually happened.

His magic plays with the simplest of materials… but it’s Glen’s unassuming charm that makes the show distinctive. It’s a slick, polished performance that… manages to astound. One particular trick involving what Glen calls a ‘replicator spirit’ has to be seen to be believed.” 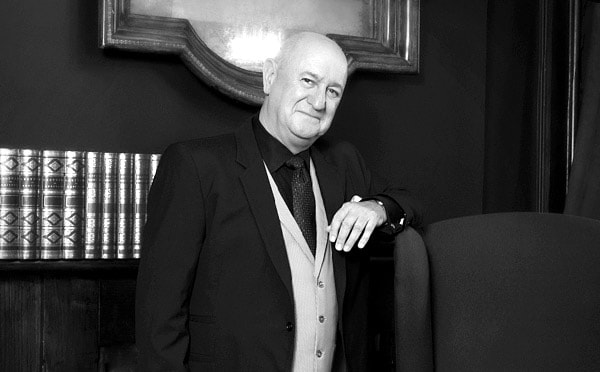 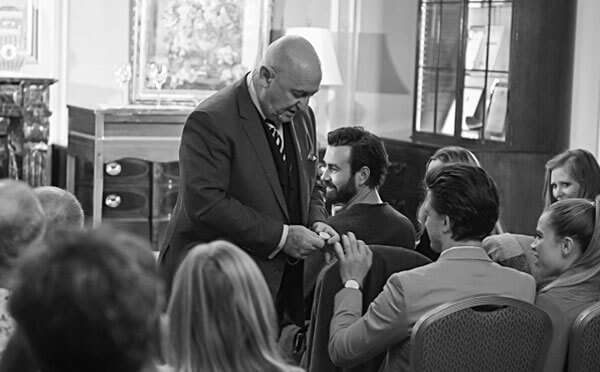 “The Gentleman Magician has none of the razzle-dazzle and flashy stage-craft of shows like The Illusionists recently seen in Sydney. Instead it’s an intimate evening for an audience of around 70 in which Glen – who is a member of The Magic Circle – combines consummate story-telling with magic tricks… All in all, it’s a thoroughly entertaining evening (running around 70 minutes) performed by the genteel Glen with stylish, old-fashioned charm.”

“An entirely captivating show start to finish, and full of charm, Bruce Glen certainly lives up to his title of The Gentleman Magician. What a historic and gorgeous club the venue was, you feel like you’ve been transported back through the ages. Loved the whole experience. Highly recommended!”

“What a lovely evening. It started with a very warm welcome in a beautiful setting. Very entertaining with a touch of class. Bruce is very talented and it is a show with lots of very interesting facts about historical Sydney and its characters. The champagne and canapés were a lovely addition to what was a magical evening.”